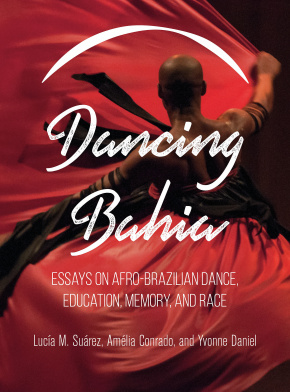 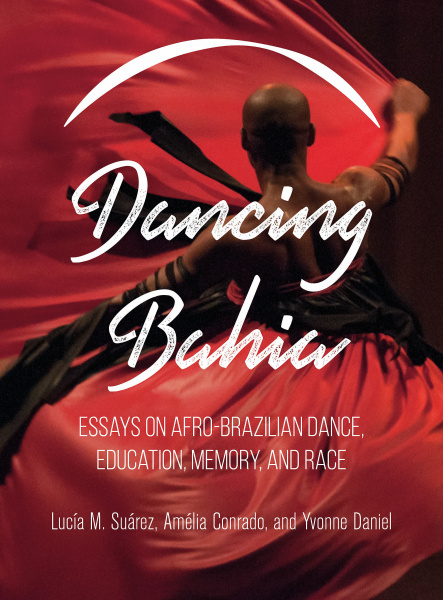 Dancing Bahia is an edited collection that draws together the work of leading scholars, artists and dance activists from Brazil, Canada and the United States to examine the particular ways in which dance has responded to sociopolitical notions of race and community, resisting stereotypes, and redefining African Diaspora and Afro-Brazilian traditions.Using the Brazilian city of Salvador da Bahia as its focal point, this volume brings to the fore questions of citizenship, human rights and community building. The essays within are informed by both theory and practice, as well as black activism that inspires and grounds the research, teaching and creative output of dance professionals from, or deeply connected to, Bahia.

Dancing Bahia is an edited collection that draws together the work of leading scholars, artists and dance activists from Brazil, Canada and the United States to examine the particular ways in which dance has responded to sociopolitical notions of race and community, resisting stereotypes and redefining African Diaspora and Afro-Brazilian traditions.

Lucía M. Suárez is associate professor and director of Latino/a studies in the Department of World Languages and Cultures at Iowa State University.

Amélia Conrado is a professor at the Federal University of Bahia’s School of Dance.

Yvonne Daniel is professor emerita of dance and Afro-American studies at Smith College.

Chapter 5: After-School Samba: Cultural Memory and Ownership in the Wake of UNESCO Recognition as Intangible Heritage of Humanity
Danielle Robinson and Jeff Packman

Part III: Reflections: Paths of Courage and Connections
Chapter 6: Why Not Me? Reflections on Afro-Dance and Law No. 10.639
Nadir Nóbrega Oliveira

Chapter 7: Dancing into the Politics of Race: From Bahia to Kingston
Deborah A. Thomas

'This wide-ranging, empirically grounded volume draws together the work of researchers, dancers, community activists and educators engaged in investigating, teaching and performing Afro-Bahian dance to consider how, in a context of pervasive prejudice and marginalisation, dance works to create and sustain critical spaces of education, memory and political possibility. [...] It will be of interest to dance scholars, scholars of Brazil and others looking to think about race, memory and education from a postcolonial, bodily perspective.'

'Through Dancing Bahia: Essays on Afro-Brazilian Dance, Education, Memory and Race, Lucía M. Suárez, Amélia Conrado, and Yvonne Daniel have created a field-establishing volume that examines the interstices of artistic practice and political activism in Afro-Brazilian dance works. Grounding research in the lives of Black people living at the center of the Black Atlantic, this volume locates Salvador da Bahia as a powerful nexus of dance practice and black activism, and wonderfully argues for its significance as one of the world’s epicentres for conversations on race, cultural memory, belonging, and human rights advocacy. With wonderful insights from a range of contributors on dance’s role in race relations, education and emancipation in Brazil, this book importantly contributes new Afro-Bahian knowledge to the field of dance studies.'